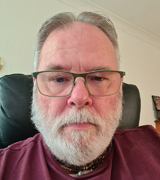 I always find it hard to write about myself, it is tempting to get someone else to do it for me, but then they don’t know what I know. The other question is where to start? I guess the best thing is to start where it influences who I am today. That sounds ridiculous as it all influences who I am today but there are times and experiences that have made more of an influence than others.

I have tried to tell this in a short piece on this page but soon realised this would not be possible. I have therefore decided to put most of it in blog posts and just give a brief precis of where I am now.

The first thing that really affected my life was my experiences at school from the age of about eleven right up to when I went to college in January 1972, I was still sixteen until April. I had sexual experiences with other boys for most of that time.

Another thing that happened early on when I was about nine was that my dad was posted on a ship and was away for nearly two years. There were no mobiles, Zoom, or WhatsApp, not even an ordinary phone to a ship in those days, so I had no contact with my dad at all during that time, which at that age is a really long time. Mum came to pick me up for a weekend at home and she had this man with her, so I asked who he was, and she told me it was my dad. I had no idea, she could have bought any man along and told me it was my dad, and I would have accepted it. It actually was my dad, but we were never really close after that.

The word gay had a very different meaning back then, it referred to something that was bright and pleasant, cheerful. Even homosexual was a word I had not really come across, I had no perception of being gay or homosexual, I just enjoyed having sexual experiences with other boys of my own age.

For more you will have to wait as the blog progresses.